A collection of useful resources regarding Open Access to scientific publications. Practical information about making your publications accessible to all. Procedures at the University of Agder

Guidlines for article publication charges at the University of Agder

The University of Agder has established a framework of economic support so that it is possible for UiA's scientific staff to publish in journals with Open Access that require a publication fee. Our policy relies on the national work under the auspices of the Ministry of Education,  Cristin and Norwegian Association of Higher Education Institutions (UHR). At UoA, decisions on policy regarding such support are anchored in the University Research Committee. The University Library assisted and advises authors including payment of publishing fees.

Our support scheme covers publication in approved journals that publish in accordance with a model where the costs are covered by the author's employer or as part of a research grant. The journals must provide Open Access to all. The current guidelines also include other support schemes to be evaluated before the end of 2017/18. One of these covers the publication of approved Open Access monographs. The other applies to open publication in journals that otherwise require subscription for readers. The University guidelines are available on the university's web pages. The guidelines are quite detailed to ensure that scientific staff and thus also UiA contribute to publication in channels of scientific value. Contact the University Library for advice and guidance regarding Open Access issues.

AURA - depositing your publications in the Univerity depository

AURA is the universities open repository for scientific publications by faculty members. It also contains working papers, doctoral dissertations and student master degree theses. As a general rule the accepted version of your article can be deposited , some times with an embargo. University policy mandates deposit if possible. Your article may be more highly cited and there are economic advantages for authors that deposit. Publisher policies can be checked at the Sherpa/Romeo website.

Doubtful journals or "predatory journals" as they are often called are an increasing problem. The designation is too drastic  and raises considerable resistance among researchers and publishers. A more correct term in English is "dubious journals". This is a collective term for journals that claim to be Open Access with correct peer review and high  quality scientific content. These journals require a publishing fee, but do not conduct peer review, or provide peer review of such poor quality that it does not provide scientific value. In this way, some "publishers" earn money on the publishing fee without providing the services required.

How to avoid dubious journals:

*If the journal has not been approved for the Norwegian Register for Scientific Journals but is peer reviewed and of scientific quality it can be  submitted for evaluation. 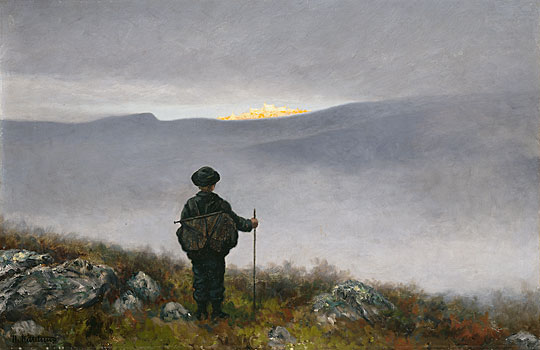 For over 20 years Open Access has been a move made possible by the technical capabilities provided by WWW for easy and inexpensive  distribution of written material over the Internet. The basic idea is simple and relates only to publications from researchers who primarily have a need and desire to publish for colleagues . The concept of ​​open and free access for all does not include such publications as textbooks and books for a wider audience. In addition to other researchers, open access gives civil servants, professionals and interested individuals opportunities to access this rich information source. In short, the goal is to turn the payment model from readers to authors or, in fact, from academic libraries media budgets to the institutions publishing fund. In the long run, this could also lead to significant savings for society, including the private sector. An important goal of the move is also to reach researchers and others in countries where funds are limited for  expensive scientific journals and scientific monographs.

The goal of open access can be reached in essentially two ways either by publishing the article open to all or by depositing in an open archive such as AURA at the University of Agder.

Comprehensive national information about open access can be found on openaccess.no. The site has been available for a number of years with many contributors. Today there are a number of employees working on OA issues at Cristin / Ceres who have the editorial responsibility. The site also links to the latest National Government Guidelines launched in August 2017.​